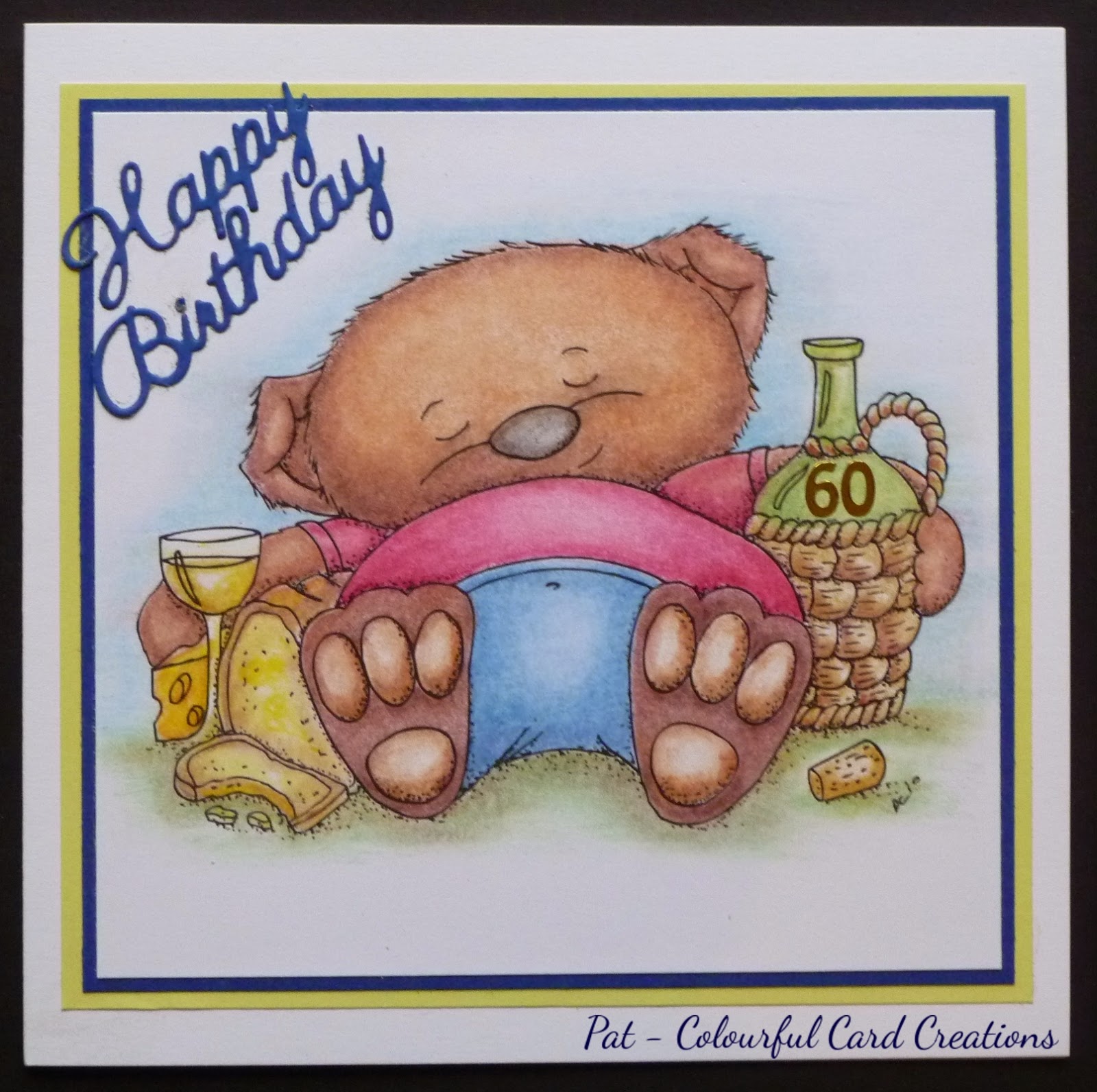 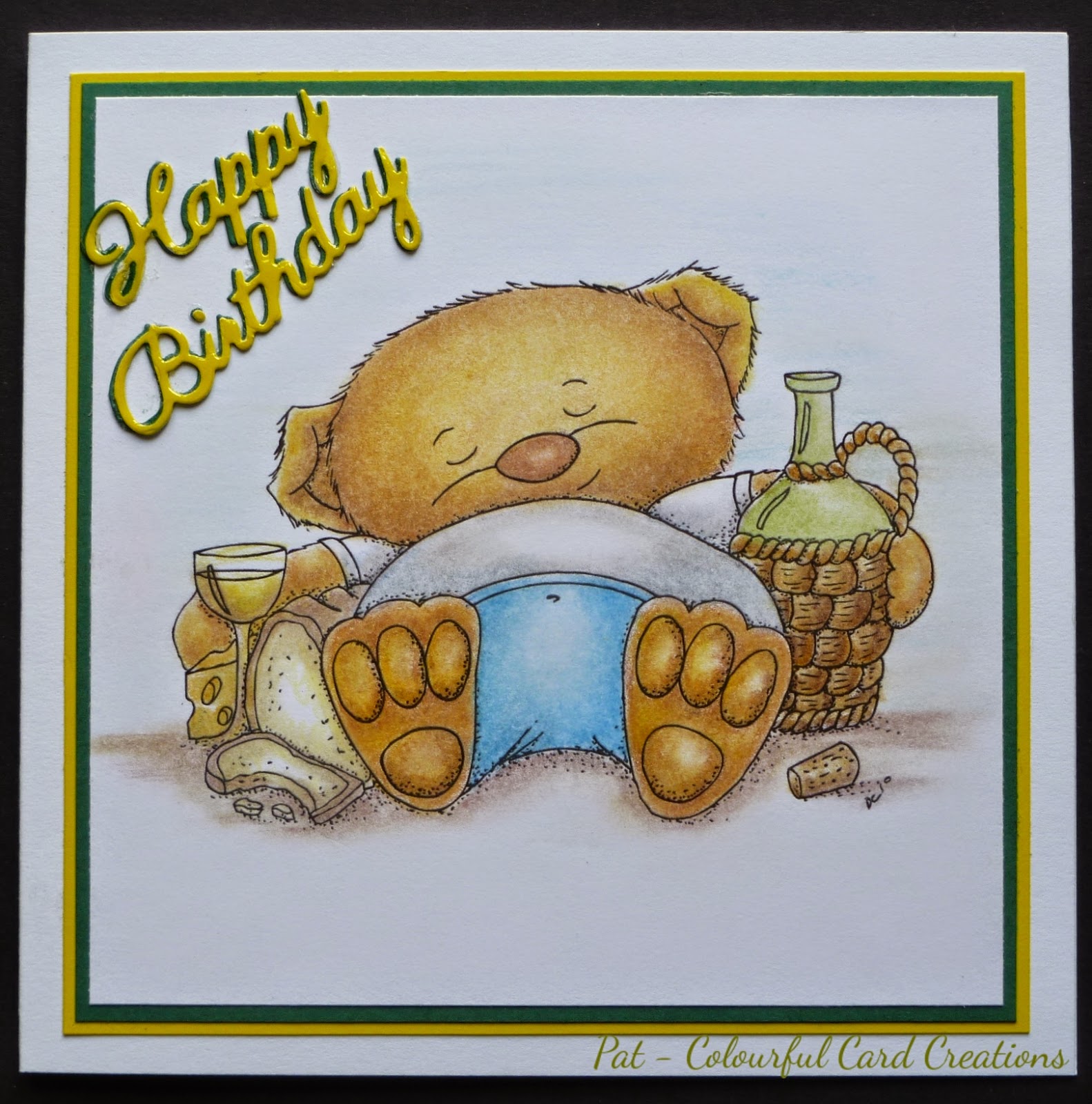 Cute image on these two and great colouring.
Jean x

I love BOTH cards. The image is cute and coloured in so nicely.

Both cards are just darling. What a cute image, and I love your subtle background shading too. What a difference your color choices made. I also admire your shadow effect on the lettering too. I can never get that done well. This looks great. Well done on your SN coloring...TFS & Happy Mom's Day. Hugs

Adorable image Pat ... and your colouring is AWESOME. It looks amazing in both colour sets. xx

Your cards are lovely along with your colouring. Stunning!

What a fun image and I'll bet there's some red wine in that green bottle! Great job, Pat!

Hi, Pat, thank you so much for popping in at my blog and leaving a sweet comment!!!!! I see you are also a keen knitter and crocheter and you have also done cross stitch cards in the past - me, too, did cross stitch cards years ago!!!
Your cards are so cute - the wine looks like a good South African one!!! LOL!!!! (and I'm sure your friend will be OK with it being white and not red!!!) Love your great colouring of the sweet image, Pat!!!!
Have a great day!!!

Sorry, I do not intend to make it look as if there was anything wrong with this comment but it was a personal message and was published due to operator error - in other words this silly woman pressed the wrong button!